In late December 2016 a friend alerted me to an owl behind his house in a holly tree stand near Terraset Elementary School.  I walked by there the following two days, but did not find him.  On Christmas day, I made a last minute decision to swing by for another look on my way around my usual golf course loop.  He was sitting overlooking an open space facing the school.  There was a deep ravine and dry creek between us.  I managed to snag a few usable shots before I lost him in the holly trees.  He's a Barred Owl - like any owl species, pretty unusual around Reston.  This was the 101st bird species I've photographed in Reston over the last nine years.  Below is the best shot I managed on Christmas day - merry Christmas to me! 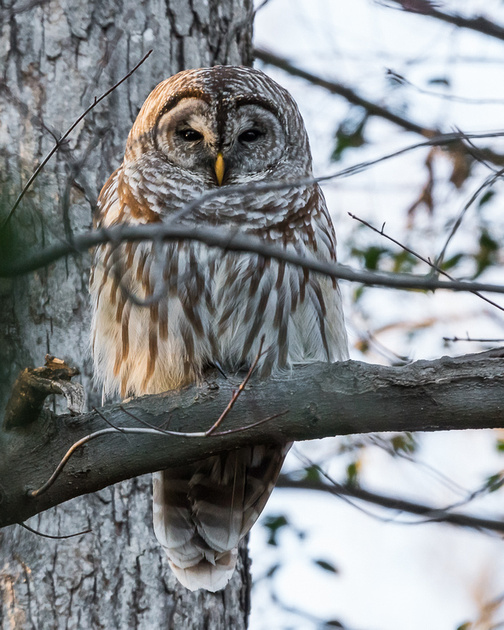 Over the next three weeks I walked by the school most days, but never saw him.  I had almost given up assuming he had moved on.  Then on January 15th, 2017, I found him again in the same location - on the west side of Terraset school.  This time I followed him as he moved from tree to tree.  Each time he moved, I was able to locate him and take a few photos.  He always perched about twenty feet above the ground and was usually well hidden behind branches and holly foliage.  After I took a few photos, he would fly to another location, but always within about 30 yards.

This owl must be fairly young.  Adult Barreds are usually about 20 inches tall, but I estimated him to be only about 15 inches.  The Wikipedia page on the Barred Owl is interesting reading:

Below are several photos taken at various locations in the holly stand on January 15th. 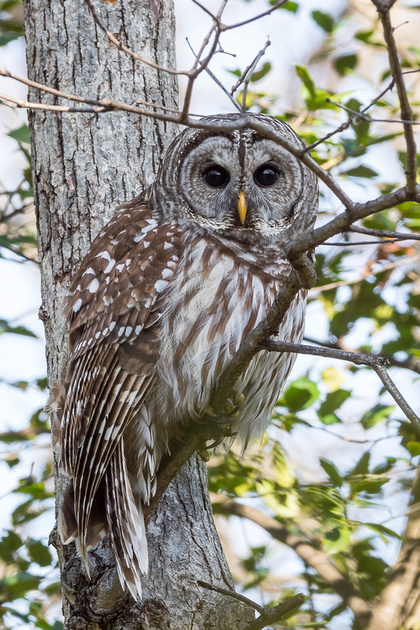 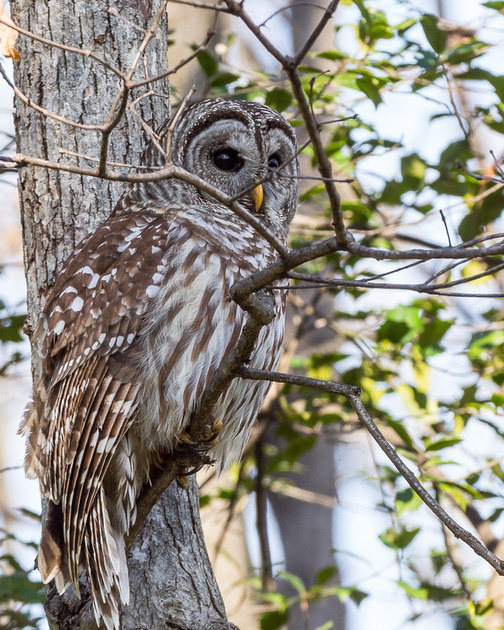 Perch 1 - Looking to the right

Perch 1 - Looking to the right 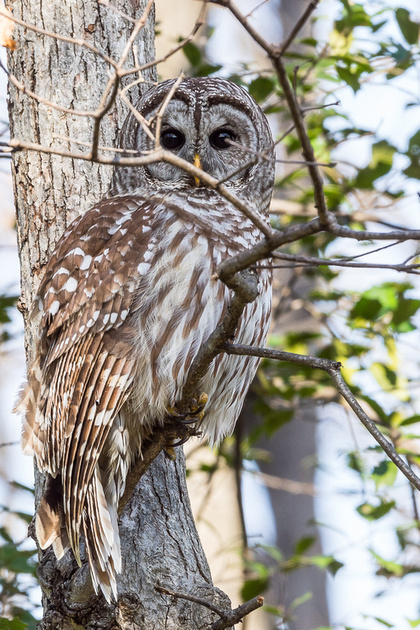 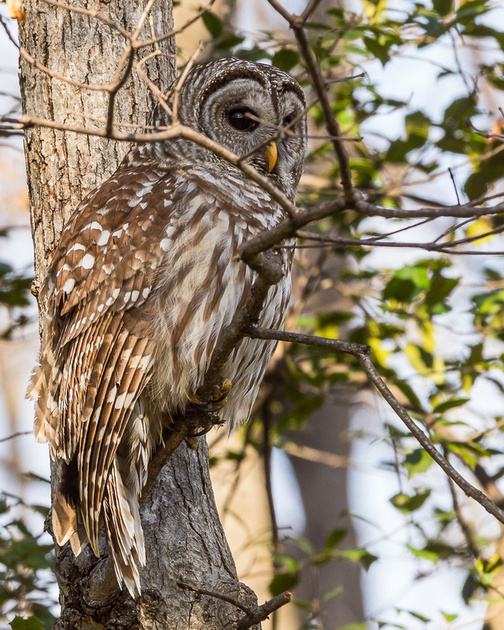 Perch 1 - in the sunlight

Perch 1 - in the sunlight 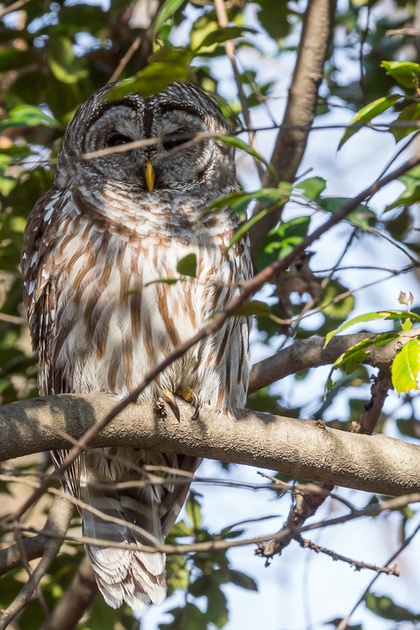 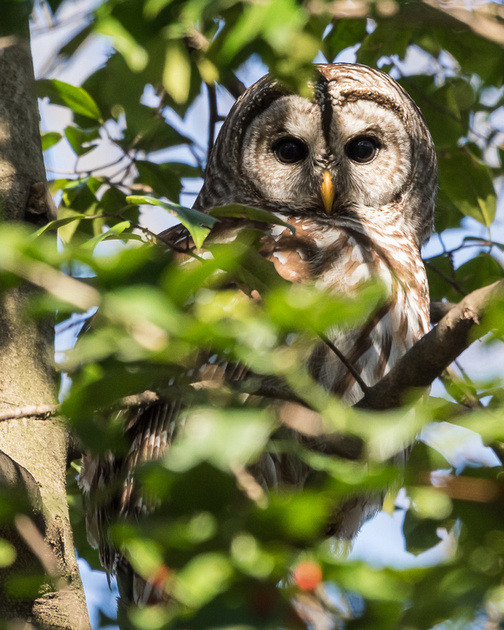 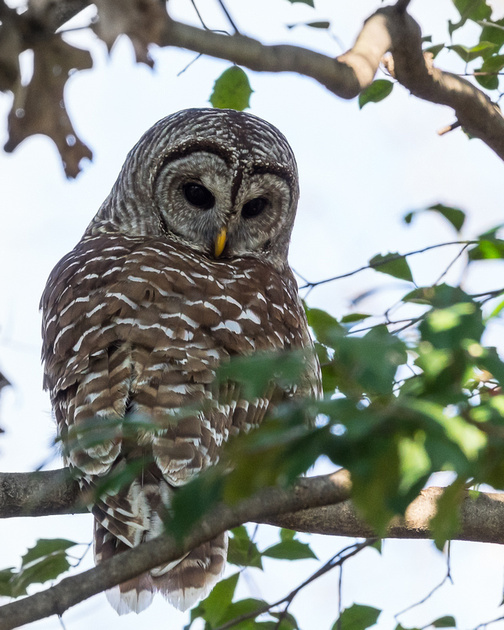 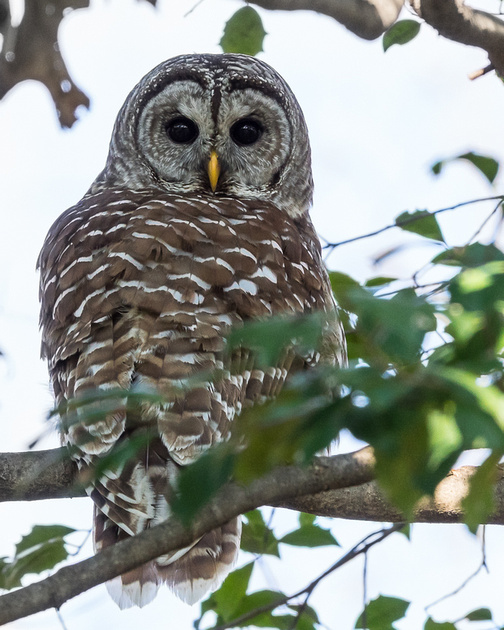 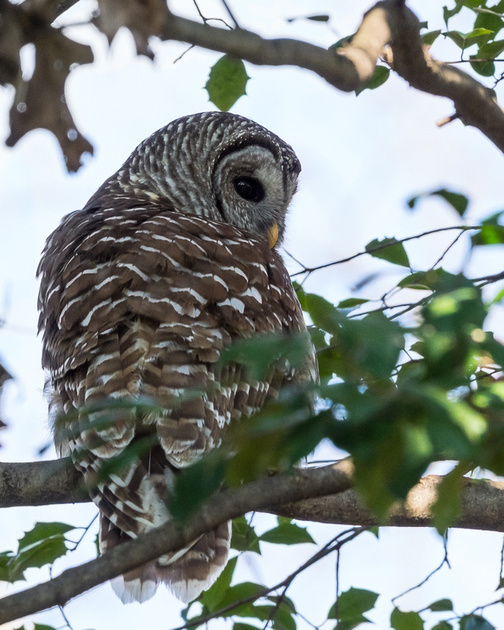 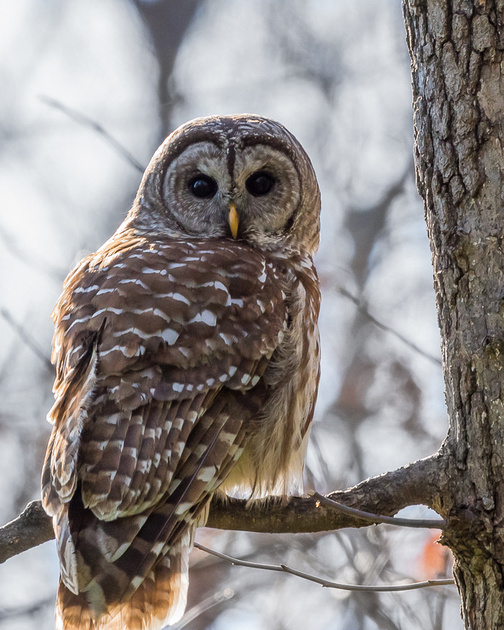 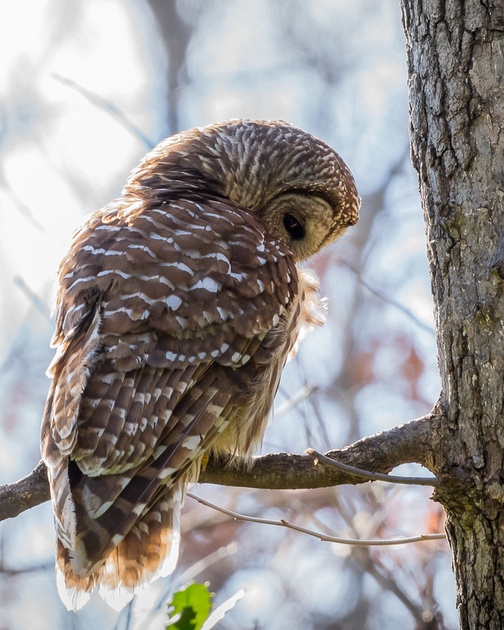