The Ruby-crowned Kinglet is a small (four inches long) rather unassuming bird.  Many people that have seen one probably didn't give it a second thought - unless - they noticed the small red spot on the top of the male's head.  The male and female look identical except for this small red spot.  Neither are very common in Reston, but can be seen during their migration in the fall, winter and spring.

I actually photographed a female last January, but have never seen a male since I started photographing birds back in 2008.  Today, I took my camera when I went to vote and on my return home, I spotted a male in the creek traversing the 6th fairway of the Reston South golf course.  He was feeding on a small bush in the creek and didn't seem bothered by my presence.  One of the first shots I took showed his ruby crown distinctly.  However, I never got another distinct shot of his crown. 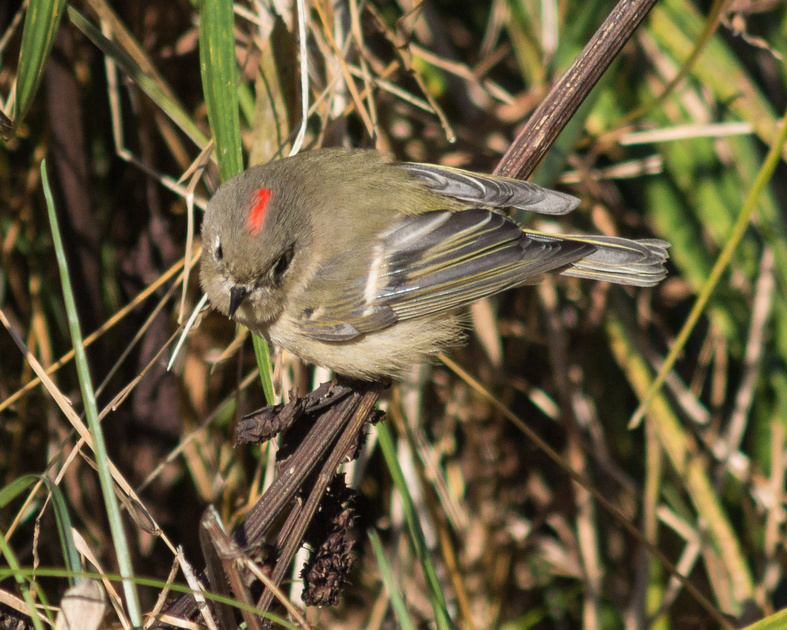 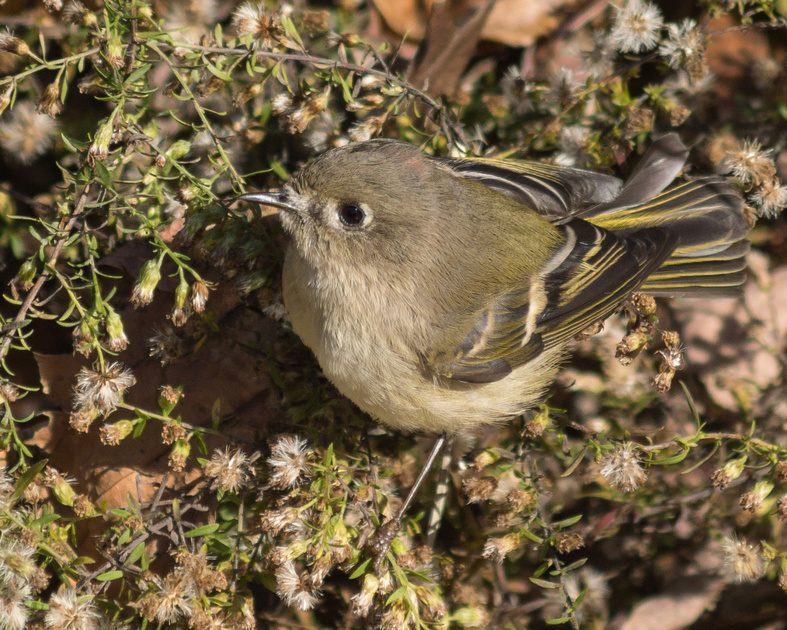 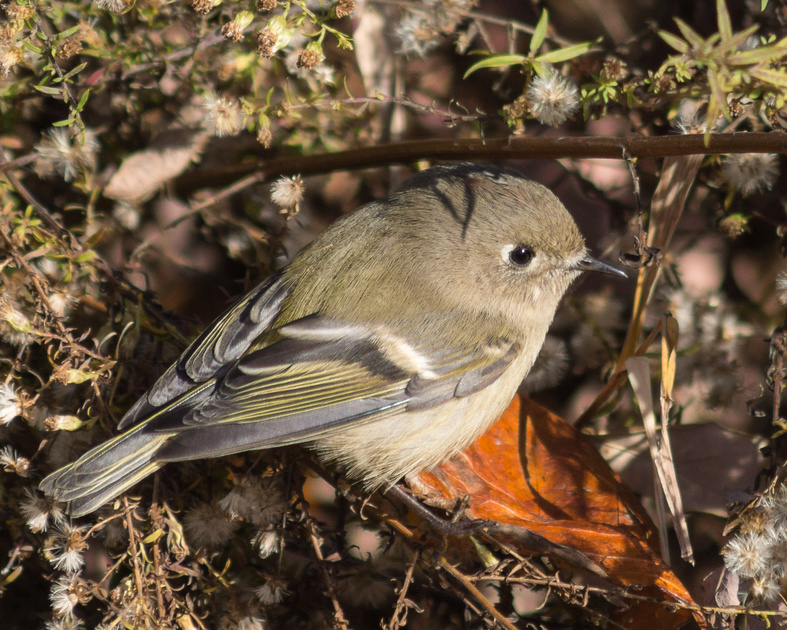